Last weekend we saw the consequences of just one small fast dog out of control – 170 terrified pregnant ewes chased round the meadow to the point of exhaustion & three of us, including the dog’s owner, powerless to stop it. 24 hours later the sheep were still reacting so strongly to the sight of dogs that we felt it best to stop the grazing early & return them to larger fields. One ewe was unable to follow the others and some sheep may have lost their unborn lambs.

ALL DOGS ON LEADS is not too much to ask. We only put up signs when there is a good reason. We’d like to thank the 99% of dog owners, who do cooperate but it only takes one very distressing incident for serious injury to occur. The dog’s owner said that it had no previous history of chasing sheep.

They’re big they’re woolly and they’re back! The sheep should be arriving on Monday the 7th December and will stay for around a week. Sheep are a very important part of our meadow management and we are very pleased to have them back, and very grateful to the local farmer for allowing them to graze on Pheasant Field. We will be erecting our electric fence in the same position as last year – please see the map below. There will be signs on the stiles to ensure that everyone is aware of what is happening.

Please keep dogs on leads while sheep are in the meadow. Your dog might not chase sheep but the sheep do not know that. Also an electric sheep fence is quite powerful and curious dogs who try and sniff it will tend to bolt, so please be aware. 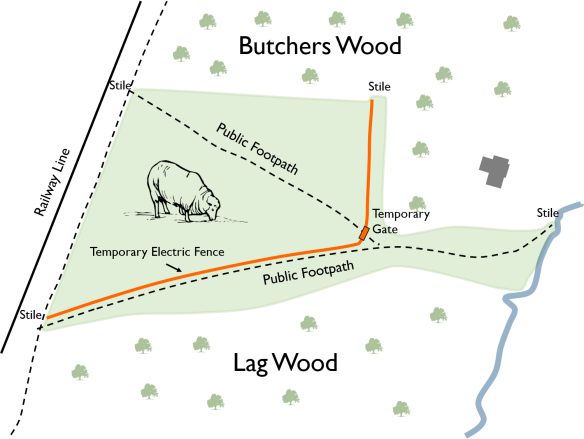